Protecting Children: During & Beyond COVID 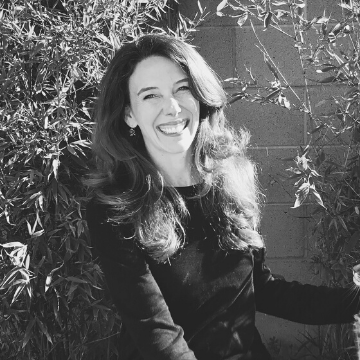 Join us for an inspiring presentation given by Erin Runnion, about what we can do to better protect children during and beyond the challenges posed by COVID-19.

Erin Runnion is a national advocate for children and the Director of The Joyful Child Foundation, in memory of her daughter, Samantha Runnion, who was abducted and murdered days before her sixth birthday in July 2002. Although inspired by a tragedy, Erin shares her unique perspective about the power of hope, resiliency, and joy to address the spectrum and impact of childhood trauma.

About Erin Runnion
Erin Runnion is the mother of Samantha Runnion and the Founding Director of The Joyful Child Foundation. Erin works to honor Samantha's joy and courage by uniting communities to protect and empower every child to be brave and stay safe.

In addition to her role with The Joyful Child Foundation, Erin produces a podcast called “Let’s Talk Joy” inspired by her first book which is pending publication. She also serves on the California Child Abduction Task Force and the California Children’s Justice Act Task Force under the Governor’s Office of Emergency Services. Honors include A Certificate of Valor from The Department of Justice, People Magazine’s 2004 Heroes Among Us Award, and commendations from the California State Assembly.

To learn more about The Joyful Child’s Be Brave - Be Safe Program for children and adults, please visit www.thejoyfulchild.org.